Menu
Llagostera stands out in the county for its extensive offer of cultural and social activities. Some of these activities, such as the Mushroom Fair, the Threshing Fair and the Roman Market go beyond the local level. In the summer there are open-air dances, concerts and theatre.

At the end of July Llagostera holds the yearly Reaping and Threshing Festival. The collectives of peasants, farmers and hunters of Llagostera promote the festival to showcase their work and the tradition from which it derives. Among the scheduled activities there are threshing exhibitions, log cutting competitions, a meeting of antique cars and motorcycles, traditional music, parade of giants, commercial fair by the Shopkeepers Association, cow milking competition, etc.

It is the fair par excellence of the Girona area. Each year on the 12 of October Llagostera celebrates its Mushroom Fair with activities throughout the day at the town’s old quarter. There’s a traditional market, mushroom hunting competitions, talks, conferences, exhibitions, prize-giving ceremony... The Fair celebrated its tenth anniversary in 2012 with an attendance of more than 15,000 visitors.

The festivity of Saint Anthony Abbot is celebrated on the saint’s day -17th January- or the closest weekend if it falls on a working day. The celebration holds a parade with horses and carriages as well as a blessing of all kind of animals in plaça Catalunya and goes on until midday in Avinguda de l’Esport.

The Llagostera Carnival Parade has become popular in recent years and displays over thirty floats and groups from a number of towns.

This traditional pilgrimage is organised by the hiking club Bell-Matí. The gathering takes place at the hermitage of Panedes and grounds of the neighbourhood.

The celebration in honour of the patron saint of the town takes place seven weeks after Easter, on Whitsun. During five days Llagostera enjoys leisure time and shows off the town, casting an identitarian signal as well as one of tradition and modernity. The activities of the Festa Major include Sardanes (the traditional Catalan dance), balls, concerts, theatre, correfoc (a run in the streets under fireworks), tents of the village’s entities, carts race, card games competition, and hot chocolate for children.

Llagostera celebrates Saint John’s Eve and Saint James every year. The night before Midsummer Day the skating club Club Patinatge organises a dinner and open-air dance at Parc de la Torre. True to tradition there are firecrackers and rockets fired throughout the town. Saint James is celebrated on the closest weekend to the saint’s day - 25th of July- with an open-air dinner and popular dance organised by the Casal P. Llagosterenc at Parc de l’Estació.

The festivity of the patron of motorists and drivers, on the 10th of July, is celebrated on the closest Saturday to the saint’s day. The celebration includes a parade of decorated cars ending with a benediction. At night there’s an open-air popular dinner and dance after which prices are given to the best-decorated cars.

There are many activities during the summer at different locations of the town. Everyone is invited to participate in the open-air dinners and dances, singing of Havaneres, Sardana dances, open-air concerts or the walk by moonlight organised by Bell-Matí. The Casino Llagosterenc organises every Friday of July and August a series of terrace concerts at Plaça Catalunya.

The Christmas season is complemented by the many activities organised by the Culture Department of the Town Council together with town entities. One of the most popular is the popular race of Sant Esteve, on the 26th of December that attracts one thousand runners..

Tagged under
Tweet
More in this category: Discovers Llagostera » 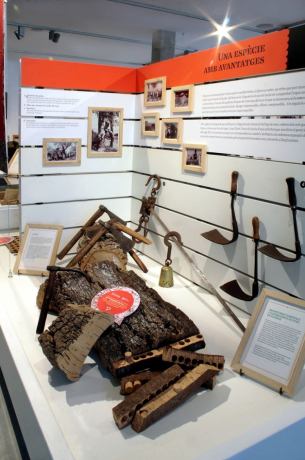 Where to eat / drink

With the support of: